Warning: Don’t do HFT on the Oslo stock exchange! 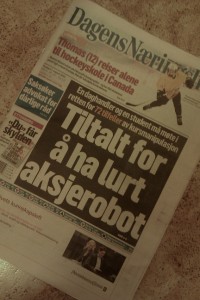